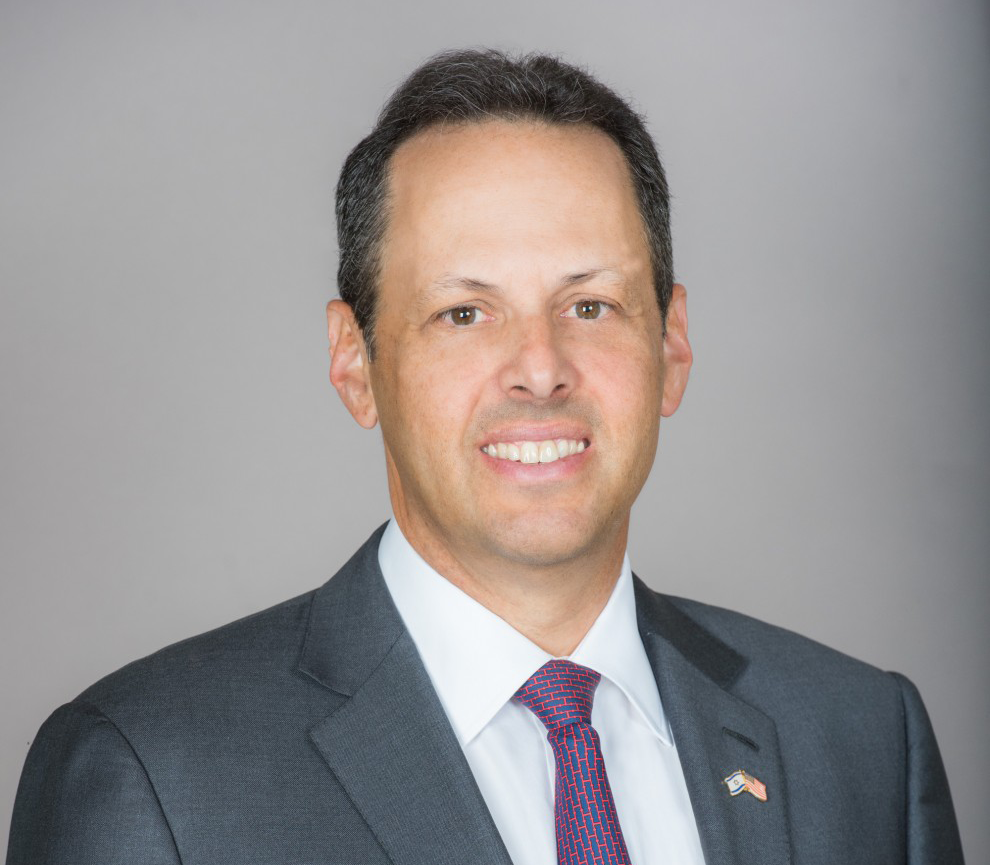 Last week the Jewish Agency for Israel announced the completion of a new social housing project — a feat made possible thanks to the generosity of Mark Wilf, who serves as chair of the Board of Trustees for the Jewish Federations of North America (JFNA), and the Wilf Family Foundation. The building, which sits in the heart of downtown Tel Aviv, will provide a home for hundreds of Israel’s needy Holocaust survivors, many of whom are in poverty. This home will help them to live with dignity.

It is no secret that much of Mark’s dedication to Jewish causes is driven by his commitment to his family and he often speaks lovingly about parents who were Holocaust survivors. In fact the new building was named for his father Joseph Wilf.

“When I first heard about the Amigour project… I was moved right away, and I knew that this would be a very fitting tribute to my father,” Mark said at the closing event of the Jewish Agency’s Board of Governors meeting where he was honored. “When it came to real estate in Israel, he, along with his brother Harry, never accepted or ever did a project just as an investor. Every project, he wanted to do hands on, to build in the State of Israel. He was very proud of that. And we still are. So, my dad’s example, his lessons, his wisdom, his humility…  is a wonderful legacy for our family and inspires me and us every single day.”

“Joseph Wilf, was an irreplaceable leader and gentle giant of his generation,” said chairman of the executive of the Jewish Agency Isaac Herzog. “He was a visionary real estate developer [and a] generous philanthropist… That is why it is so fitting that this building is named in his honor. We want to thank Mark Wilf and his entire family for their partnership and friendship in making this Amigour building a reality.”

“I have worked side by side with Mark Wilf since I began my tenure,” said JFNA President and CEO Eric Fingerhut, “and I can tell you his generosity has no bounds. The Jewish community is fortunate to have his leadership and immeasurable dedication – particularly at this time.”

Mark Wilf helped launch JFNA’s Holocaust Survivor Initiative, raising millions of dollars through philanthropy and a government grant, to advance care for Holocaust survivors in the United States. And, with his wife Jane and the Wilf Family Foundation, joined the COVID emergency fund to help the Jewish community sustain vibrant Jewish life over the difficult past 10 months. They are also among the largest financial supporters of Yad Vashem, the Holocaust memorial and research center in Israel and support many other causes and organizations.

“We cannot wait to to dedicate the building in person with the Wilf family when you can all travel to Israel,” said Herzog.

Amigour, a Jewish Agency’s subsidiary, provides housing solutions for more than one million survivors and immigrant seniors in Israel. Their partners include the Harry and Jeanette Weinberg Foundation, the West Palm Beach Federation and Keren Hayesod.