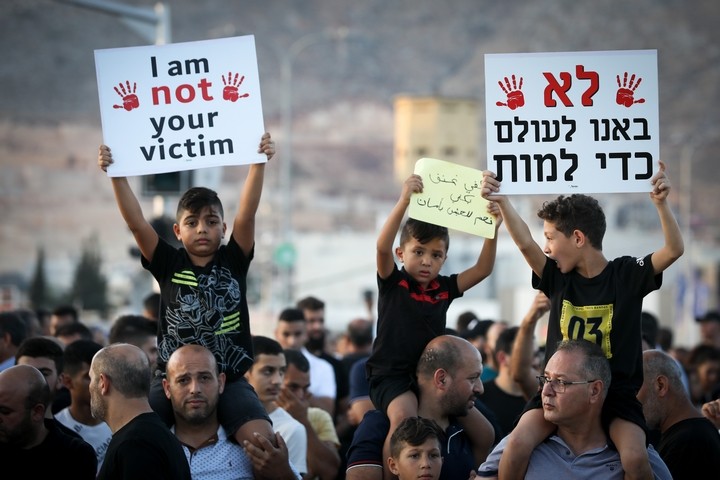 Following the most recent Israeli national elections, and for the first time in the country’s history, an Arab political party became a member of the governing coalition. The decision of the Ra’am Party to take this step naturally elevated public attention around many issues: first and foremost among them the worrying violence prevalent within Arab communities across the country. A staggering 65% of all homicides in Israel take place in Arab communities, with 126 murders in 2021 alone.

62 Arab murder victims were under the age of thirty and 83% of the total murders in Arab society in 2021 involved firearms - two data pieces that figured heavily into the outburst of violence in mixed cities in May 2021. As we did following those riots, JFNA’s Israel team has prepared this backgrounder on Violent Crime in the Israeli Arab Sector to keep our communities informed on what is fast developing into a major issue in Israel.

Prime Minister Bennett recently announced a 2.5 billion shekel national program bringing together diverse local and national partners to collaborate on critical strategic interventions. A major goal of this government initiative is to increase the Arab public’s trust in the police and law enforcement system as a critical step toward the police being able to address crime in the sector. To learn more about what this program entails, you are invited to join a webinar hosted by the Inter-Agency Task Force on Israeli Arab Issues (IATF) on Monday, February 7th at 12pm ET.

In preparation for the webinar, read this brief overview on the government initiative produced by the Institute for National Security Studies (INSS) to learn about potential implications of smart (or not so smart) implementation of the program.

If you have any questions reach out to Dani Wassner in JFNA’s Israel office.