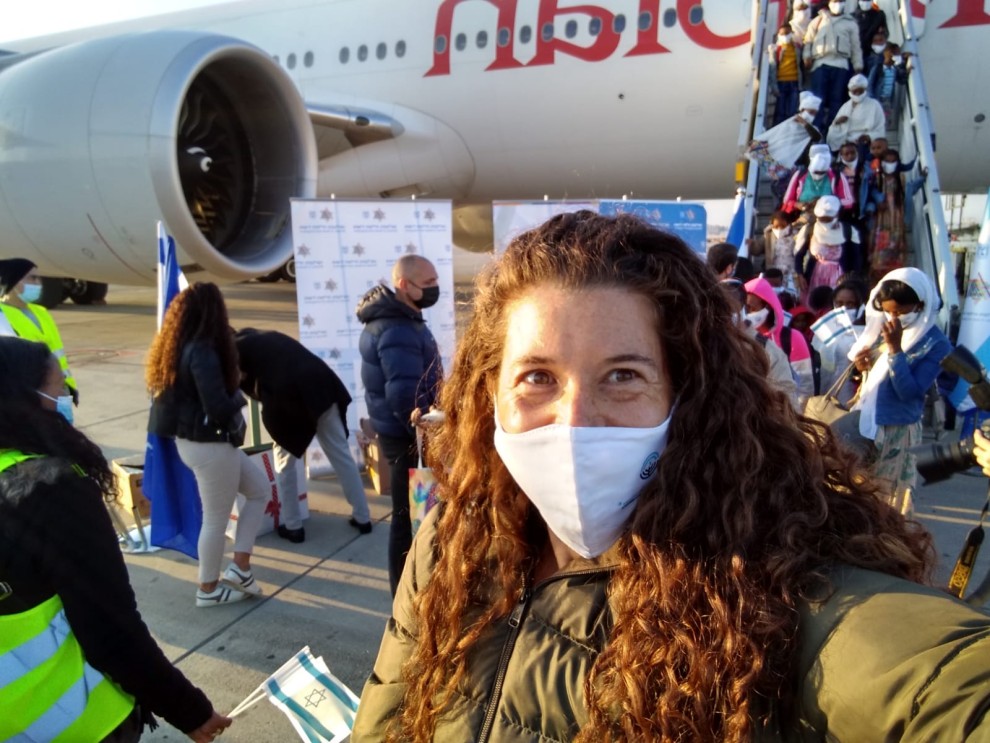 On Friday morning, a group of 280 Olim (new immigrants) from Ethiopia arrived at Ben Gurion Airport! They were greeted by several Jewish Federation representatives, celebrating the Federation system’s longstanding support of Aliyah, in partnership with the Jewish Agency. Background information can be found here and photos can be found here. Below is a moving reflection by Kim Salzman, Israel and Overseas Director at the Jewish Federation of Greater Pittsburgh.

Today was such a special day for me and the entire Jewish people. This morning 280 Ethiopians made aliyah to Israel as part of Operation Tzur Yisrael (Rock of Israel), and I had the honor and privilege to represent The Jewish Federation of Greater Pittsburgh in a welcoming ceremony held at Ben Gurion Airport. Many of these new olim have been waiting for years to return to Jerusalem and reunite with their families, and you could see how overwhelmed they were with emotion when they stepped onto Israeli soil, bent down on hands and knees, and kissed the ground.

The new olim arrived dressed in their finest garb for this momentous day, with many of the women wearing traditional Ethiopian robes and the men wearing kippot and suits and ties. Among those on the flight was the mother of 6 year-old Binyamin who is awaiting a life-saving heart surgery at Wolfson Hospital, and a man who has waited 24 years to immigrate to Israel and reunite with his brother.

The Chair of the Jewish Agency, Yitzhak (Bougie) Herzog, and the Minister of Aliyah and Absorption, Pnina Tamano Shata, together with representatives from Federations around North America, greeted these new olim with Federation facemasks, Israeli flags, and mishlochei manot (Purim food baskets) for the children. It was an experience I will never forgot and filled me with pride knowing that our Federation played an important role in making today possible through the core support we provide to the Jewish Agency.

Many of you probably know that Israel closed the airport over a month ago to prevent new strains of COVID-19 from coming into the country, but the government made an exception for this and other flights bringing Ethiopian olim, including one from two weeks ago – making this operation unique and challenging in many ways. The new olim are now headed to a hotel in Haifa where they will stay for a 2 week quarantine, after which they will be housed in Jewish Agency absorption centers around the country where they will learn Hebrew and  be given the tools and knowledge needed to successfully navigate and integrate into Israeli society. As they boarded the buses taking them to their quarantine hotel, I saw many injera (an Ethiopian flat pancake-like bread) baskets in the trunk space of the bus. As these new olim take on a new citizenship and a new life, these injera baskets will serve as a reminder of where they came from.

On my drive home, I listened to Galgalatz, Israel’s leading radio station. I listened to songs in Hebrew, Arabic, Amharic (Ethiopia’s national language), Portuguese, and French, and I thought to myself how the choice of songs was a perfect representation of how Israel truly is a Kibbutz Galuyot - the gathering of the exiles. Today the dreams of 280 Ethiopian olim joined the amazing Kibbutz Galuyot that is the State of Israel and fulfilled their dreams of returning to their historic homeland. Thank you to everyone who helped make this possible! Am Yisrael Chai! 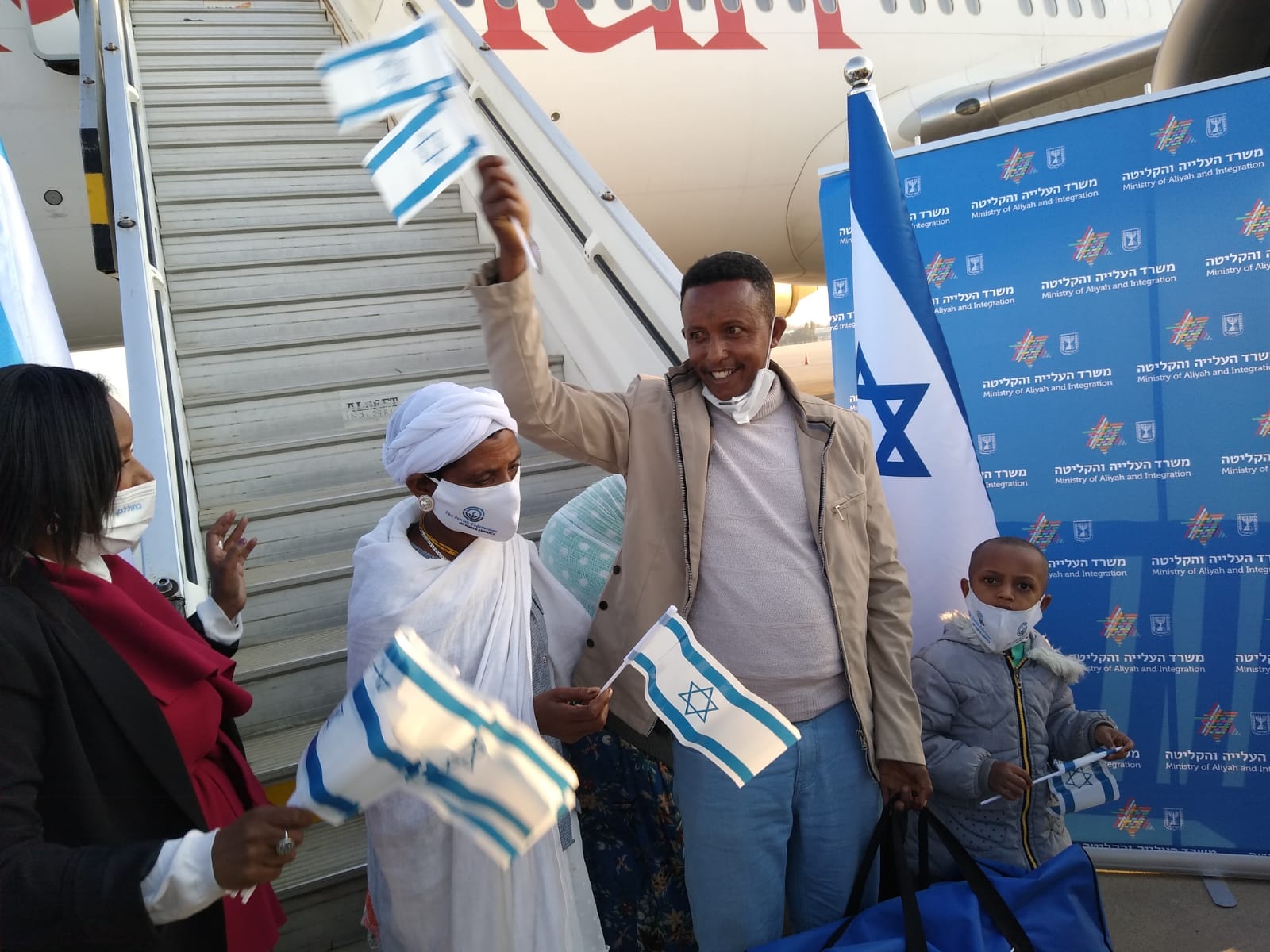 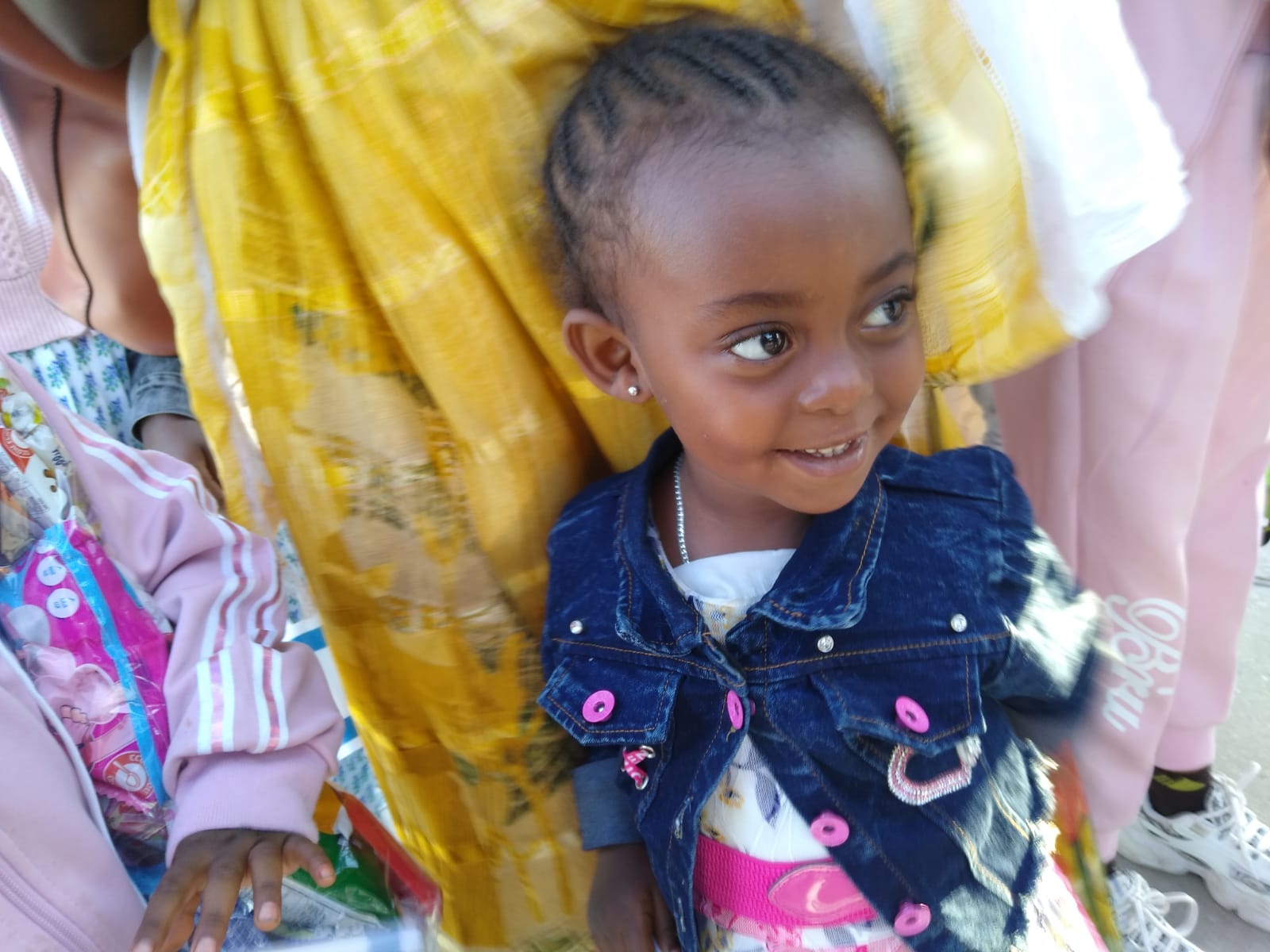 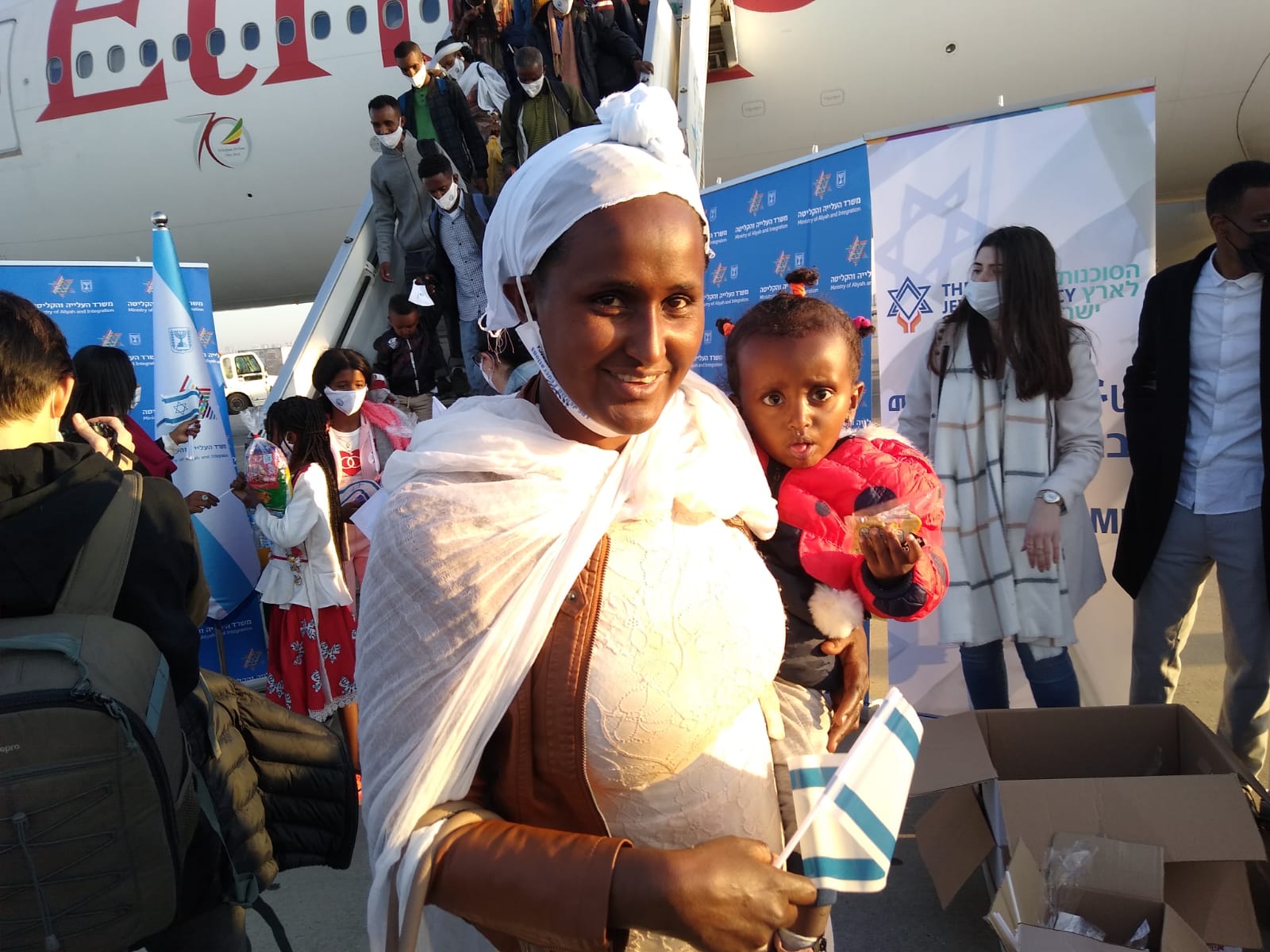 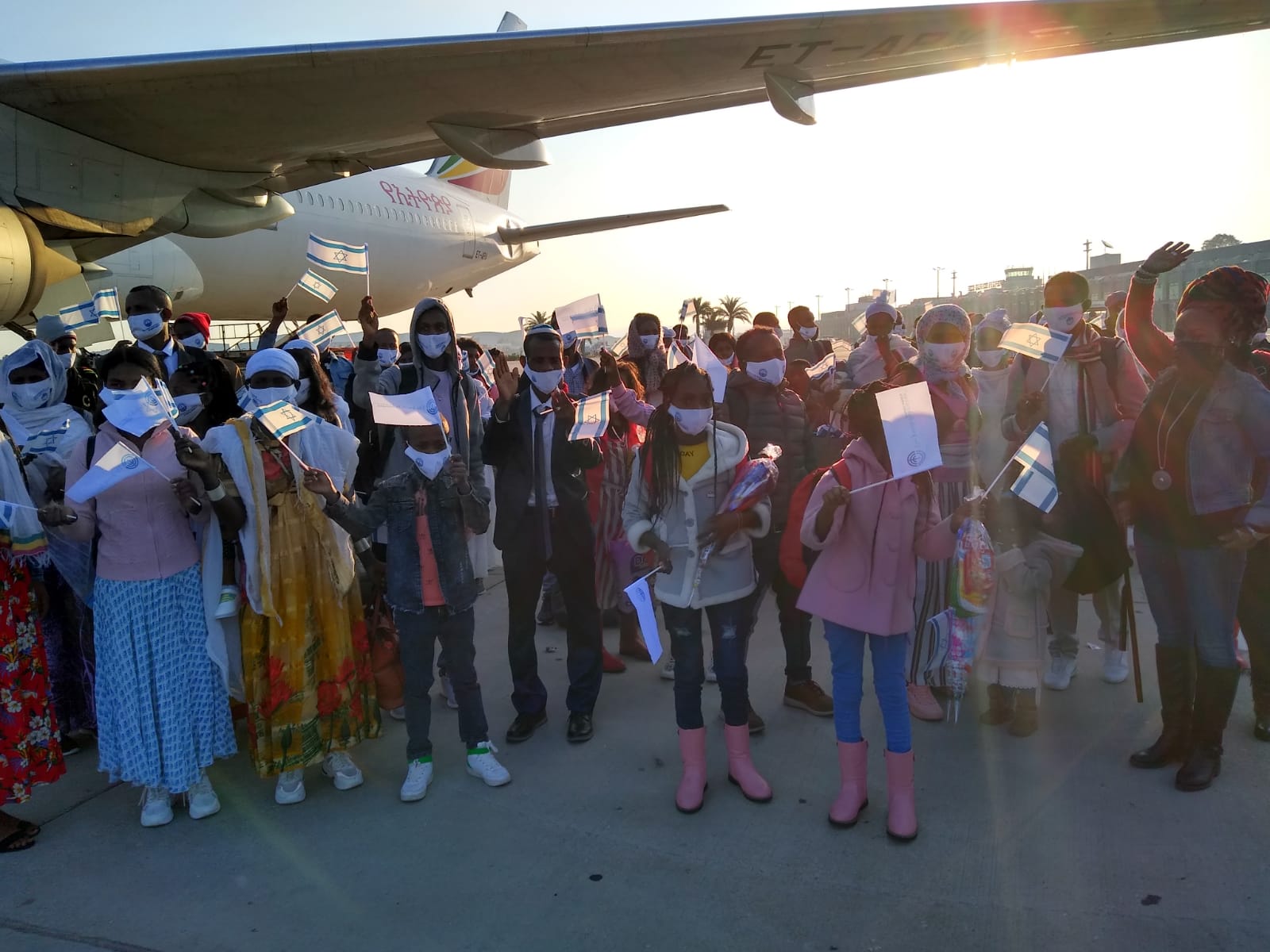 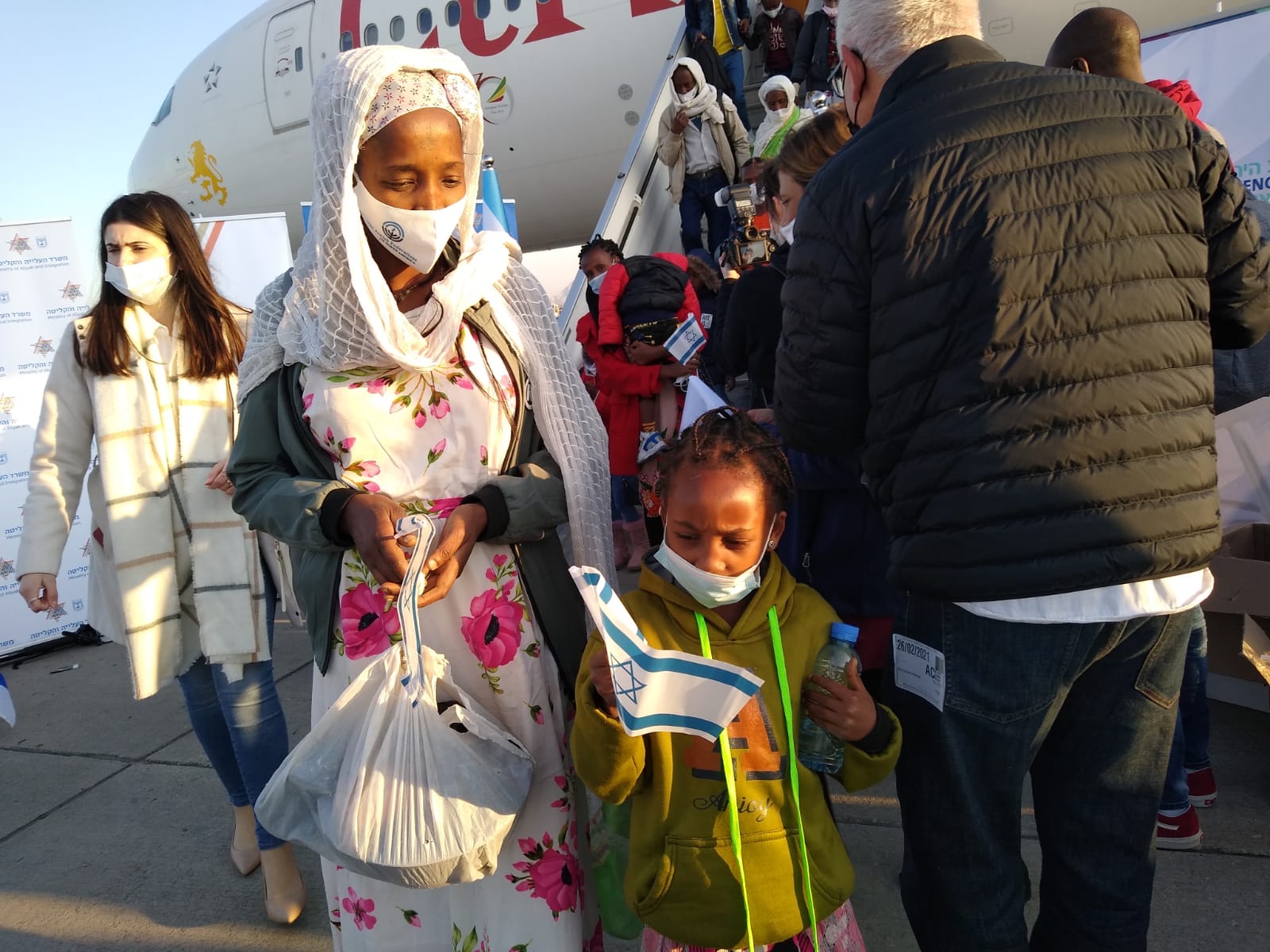