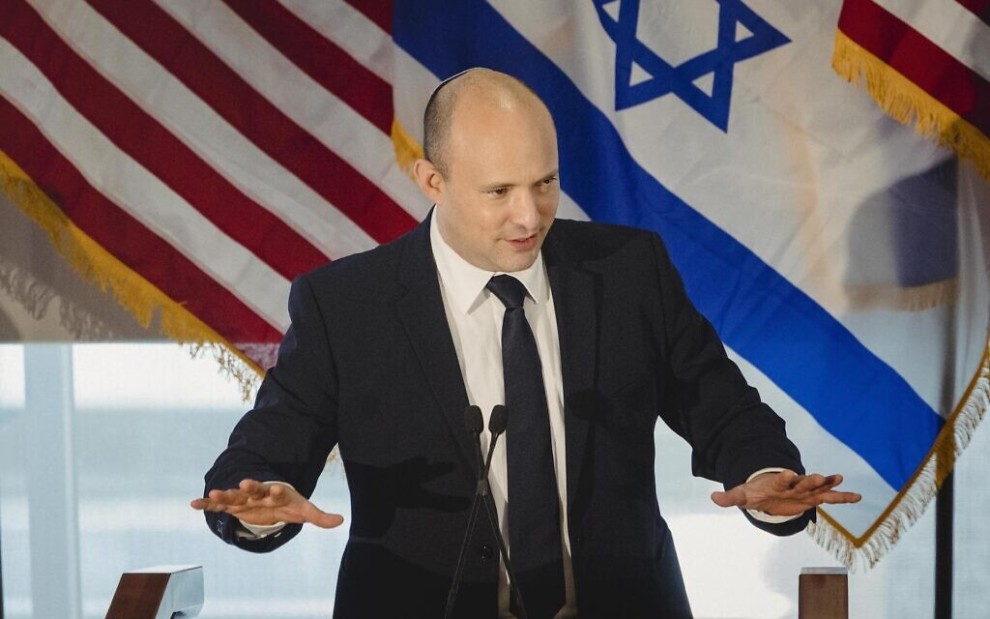 Last week, we were honored to host Israeli Prime Minister Naftali Bennett for his first meeting with the North American Jewish community in his new role. Top Federation leaders from New York, Chicago, Miami, Los Angeles, Cleveland and Pittsburgh all attended, while over a hundred communities participated on Zoom. Dozens of Jewish leaders representing educational institutions, JCCs, Hillels, camps, synagogue movements, day schools and other communal organizations were on site, and thousands have watched the live and recorded broadcast.

Get Back on a Plane with JDC

Rachel’s “biggest educational goal going into [her] Shlichut experience was to expose students to the diversity present in Israeli society.” She's doing so in a big way, representing Israel on campus and showing students an Israeli experience they may not have heard of before: the Israeli-Ethiopian one.

Ahmad Vahidi, a leading suspect in the 1994 terrorist attack on the AMIA Jewish Community Center in Buenos Aires has been nominated as Iran’s new interior minister, sparking a diplomatic protest from Argentina. 85 people were killed in the deadly attack, which also left more than 300 injured. Almost three decades later not a single suspect has been jailed. Read this brief summary of Federation support for the Argentinian Jewish community.

Join the Inter-Agency Task Force on Israeli Arab Issues for their online Annual Meeting on Dec. 8 from 12pm - 2pm ET. Take an inside look at the challenges of the past year and their impact on Arab citizens and Jewish-Arab relations in Israel. Register here.

Tikkun Olam To Ensure a Better Future for All

Join OLAM’s 6th annual Focal Point Conference, the premier gathering of Jews and Israelis from around the world who are passionate about international development, humanitarian aid, and global service. Mark your calendars for Nov 3-4 and register here to join the discussion about what our role as Jews is in creating a more equitable and sustainable world for future generations.

Who Are the Secret Jews of Majorca?

Jewish Changemakers Fellowship partner JewishMajorca is pleased to invite you to a free 4-part series exploring the hidden history of the Jews of Majorca. The program will run every Tuesday in October at noon ET.