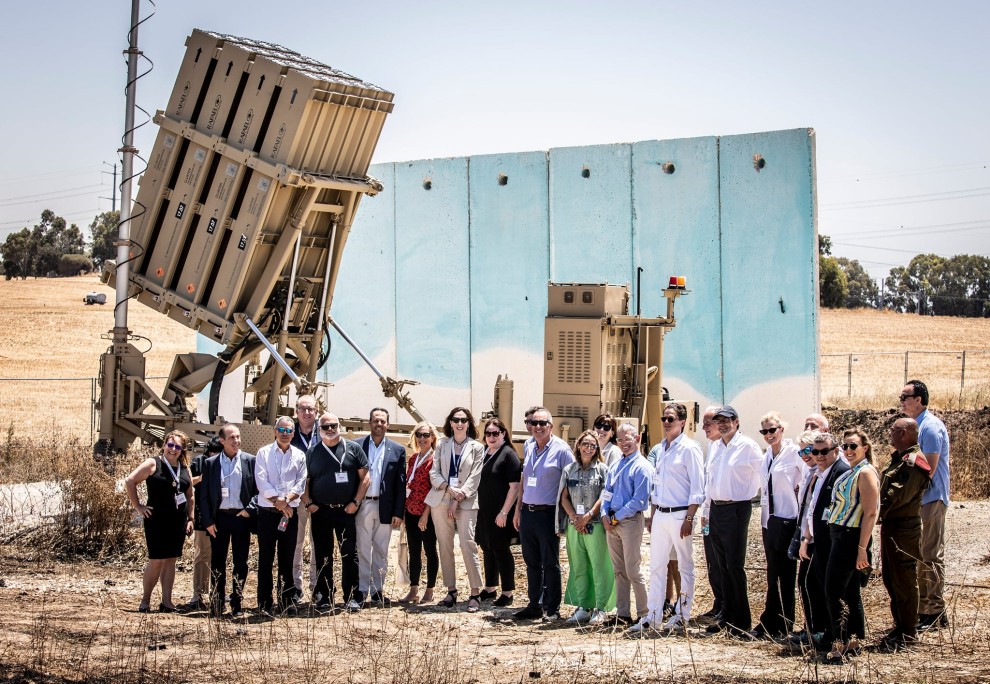 It’s hard to describe how many of us have experienced these past few weeks and all that’s happened  starting with the rapid escalation that led to Operation Guardian of the Walls which ran from May 10-21, and saw much of the country under attack Federations responded immediately and generously- raising $1.6 million for urgent needs in only three business days (!) – with funds now totaling almost $3 million.  Following a virtual mission, JFNA then dispatched a solidarity mission headed by Board Chair Mark Wilf and CEO and President Eric Fingerhut – the first to arrive in Israel since Covid-19 travel bans were enacted. Read below about some of  the critical partner programming our collective emergency funds are supporting.

A week later, members of the Israel Travel Alliance landed in Israel expressing solidarity and demonstrating their commitment to bringing tens of thousands of participants back to Israel for transformative immersive experiences.

Thankfully a ceasefire was reached and all attention returned to what seems to be one of Israelis’ favorite pastimes - politics. Last week, Federations and Jews around the world celebrated the election of the Jewish Agency’s Chairman of the Executive Isaac “Bougie” Herzog as Israel’s 11th President. And as of this writing, all signs point to a new government being sworn in this week, marking the end of Prime Minister Benjamin Netanyahu’s 12 year run. Details about how this came to be and what to expect can be found in this JFNA Israel Politics Update.

Guardian of the Walls – Jewish Agency for Israel

During the operation special care was taken for the well-being of families and staff currently residing in Jewish Agency Absorption Centers, as well as overseas program participants, in regions that saw high rates of rocket attacks. In addition, the Fund for the Victims of Terror, a critical part of Federations’ crisis response strategy in Israel, delivered emergency aid to affected Israelis to help deal with the immediate aftermath of an attack. Learn about the Jewish Agency's activities during the attacks here.

Guardian of the Walls – JDC

Support for disabled and elderly is a keystone of JDC’s global work, and these populations were particularly impacted by the recent rocket attacks – often unable to reach shelter in time once sirens sounded. JDC, together with the Ministry of Social Services, mobilized community caseworkers who are assisting local social workers by providing critical emotional support to tens of thousands of elderly throughout affected regions.

The Ethiopian National Project in partnership with Federation addresses barriers to the full and successful integration of Ethiopian Israeli immigrants and their children into Israeli society. Celebrate their achievements and hear where ENP is headed next and how you can help them get there.